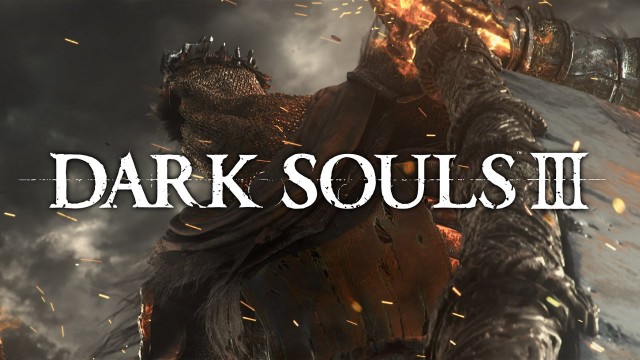 Demon’s Souls and Dark Souls are beautiful, deep, and fascinating games. Dark Souls III is a great looking and great feeling game with similar themes and atmosphere to the best in the series, but it is entertainment rather than art.

The world is emotionally compelling and utilizes powerful visual poetry – exemplified by the pilgrim-strewn broken bridge to the high castle, the infinite slaughter of the Undead Legion, the mystery of Archdragon Peak in the distance, and the tormented city of criminals and evangelists – but all of this is somewhat wasted due to linearity in world-scale connectivity; players really feel immersion and understand the scale of a world when they are the ones traversing it, rather than being allowed to warp from bonfire to bonfire. For example, while a player may consciously understand that venturing down from the castle, through the swamp, and into the Cathedral of the Deep is a large decent, the descent will never feel as deep as the crushing weight of the Depths and Blighttown through which players themselves felt the stress of traversing; the warping cheapens the world. While players may still have the option to walk everywhere and never warp, the world in Dark Souls III is not designed for this, so it would feel tedious rather than dreadful, as it did in Dark Souls.

Gameplay feels tight, satisfying and material. The marketing and design of Dark Souls III heavily rely on multiplayer – the last boss is even a reference to multiplayer culture; however, rather than the awesome roleplaying experience portrayed by the franchise, players are much more likely to face meta-built players wielding dark swords or uchigatanas who play only to win (with or without skill) rather than to experience gameplay. While building characters is part of the game, the re-stat ability cheapens this ability, and allows the highly connected community to find exploitive ways to abuse unavoidable flaws in game design balance. While winning is obviously the objective of any game, it seems unfortunate that a majority of Dark Souls III players fail to answer the questions: is the “game of meta” a game that is worth winning? Why does one choose to play the games they do? Are people really satisfied by winning appearances of games rather than winning games?

Answer these questions yourself! Play some Souls.